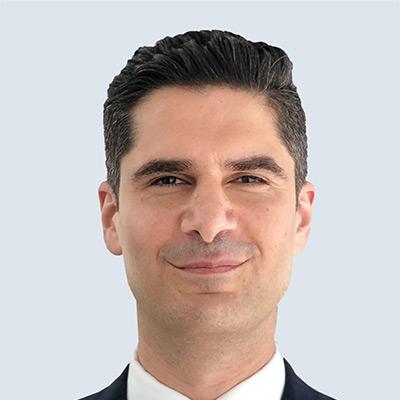 Harout Chitilian holds the position of Vice-President, Corporate Affairs, Development and Strategy at CDPQ Infra. In this role, he directly supports the CEO in positioning, developing and executing CDPQ Infra's business strategy. He is also responsible for leading the corporate and REM project teams for public affairs, communications and media relations.

Before joining CDPQ Infra, Harout was twice elected (2013 and 2009) a municipal councillor for Montréal’s Bordeaux-Cartierville borough. From 2013 to 2017, he was Vice-President of Montréal’s Executive Committee, while also sitting on the Executive Committee of the Communauté métropolitaine de Montréal.

M. Chitilian was appointed as President of the Municipal Council for the City of Montreal from 2011 to November 2013. During the same period, he was President of Montréal’s Commission de la présidence du conseil. From 2009 to 2011, Harout was head of youth program development for the city.

Prior to his political career, Harout was a consultant for various information technology and telecommunications companies.

He is a graduate of École polytechnique de Montréal in computer engineering with a specialization in telecommunications.

Making community involvement a priority, Harout Chitilian acts as a member of the Board of Directors for two organizations whose missions are close to his heart: the Fondation et alumni de Polytechnique Montréal and the Orchestre symphonique des Jeunes de Montréal.